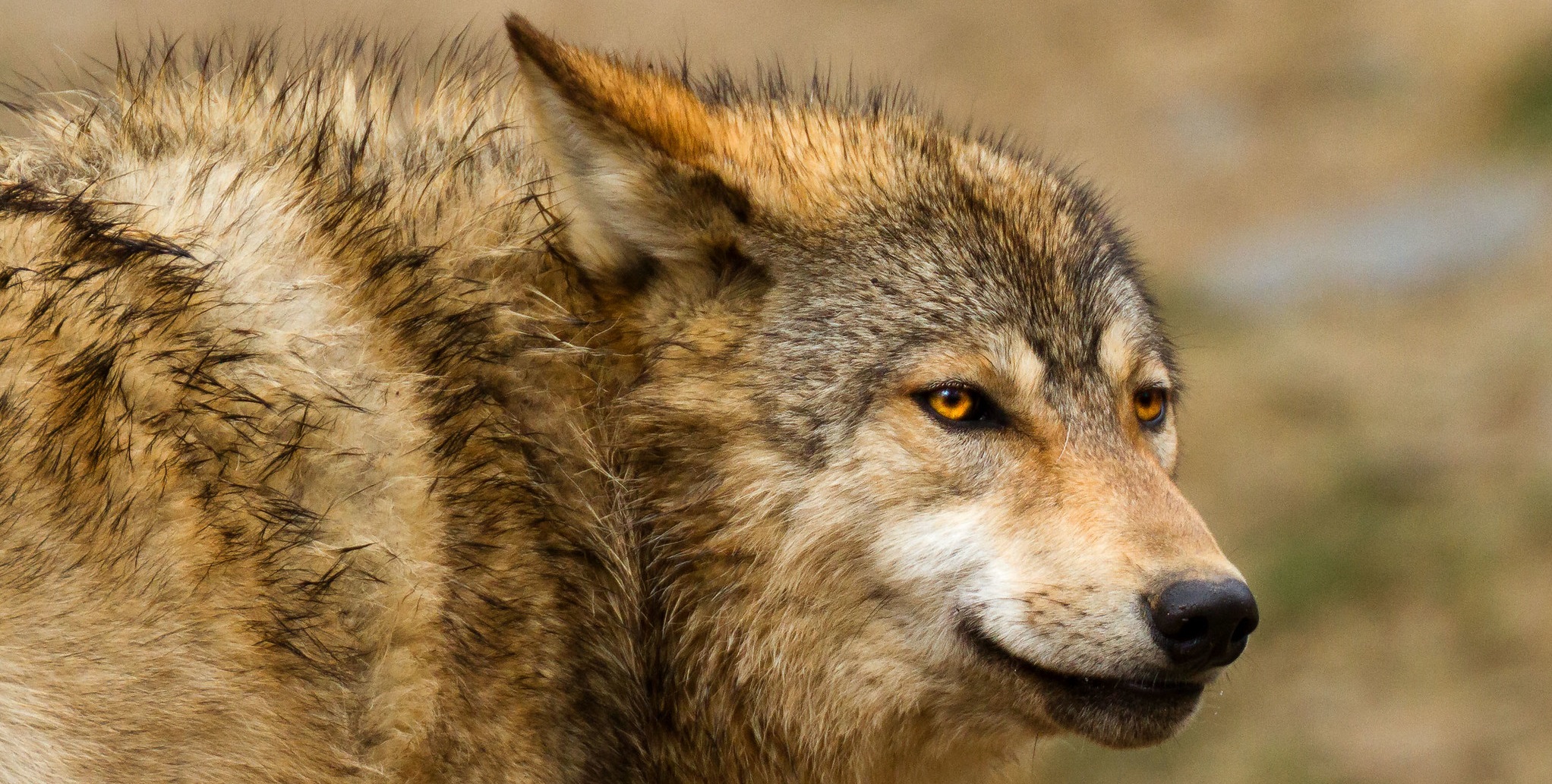 The gray wolf once inhabited most, if not all, of the Northern Hemisphere. Excluding modern man, the wolf was the most widely distributed land mammal that ever lived. Wolves live in nearly all habitats except for tropical rain forests and deserts. The Gray Wolf (also spelled Grey Wolf - also known as Timber Wolf or Wolf) is a mammal in the order Carnivora. There were once at least thirty different subspecies of wolf. Most have become extinct. About five subspecies survive today. Wolves are able to survive anywhere there is adequate food and human tolerance.

Finland is situated in the Northern Europe with Sweden, Norway and Russia as its neighbouring countries. The republic is also a member of the European Union. Finland is one of the largest countries in Europe, the total area is 337 032 sq km. There are only about 5,4 million inhabitants in the country, thus the density of population is about 16 inhabitants per sq km.

The Finnish landscape is strongly dominated by lakes and forests. About 75 % of the country consists of forests. There are more than 60 000 lakes in Finland. Though the countryside is widely inhabited, there are still large wildernesses and the diversity of flora and fauna is significant. In the wild nature you may still see some predatory animals, such as bear, wolverine, lynx and wolf.

The wolf population in Finland is still very small and wolf is classified as a very endangered species. This is why there is a need to increase the number of wolves under the control of administrative authorities.

In the year 2000 there were only about 100 wolves in Finland. At present in 2021 the number of them is 279 - 321. The authorities have made a special management plan, which defines all the necessary measures to be taken in all wolf-related questions, including the expected increase of the Finnish wolf population. 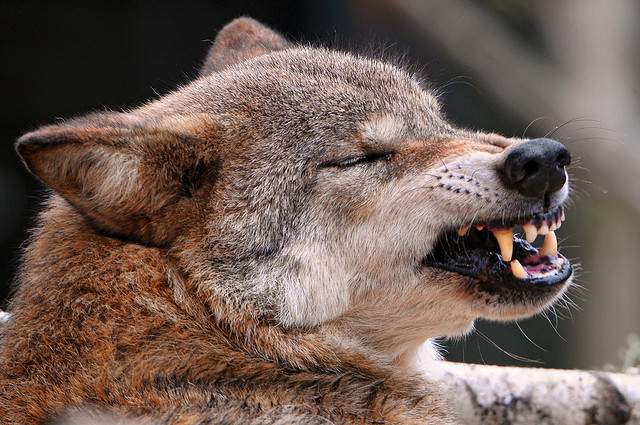 The plan to increase the number of wolves and to expand their regional habitats has met a lot of resistance and caused various problems in the country. The public debate about these issues in the Finnish media has fiercely been going on year by year.

Reindeer husbandry covers about one third of the total area of the country. This large area, which is also the traditional habitat of the Finnish wolf population, includes all Lapland and some other northern parts of the country. Wolves are not accepted by reindeer-owners, because they cause considerable damage to the reindeer husbandry. Hunters also regard wolves as a threat, because every year wolves kill some 5 - 10 dogs during the elk-hunting season. Wolves also kill some other domestic animals in small amount every year (e.g. sheep). In some parts of the country worried parents have organized transportation to their children, because they fear the wolves may attack the children on their way to school. (The state is not obliged to offer free transportation to the school children, if the distance from home to school is less than 5 km).

The people wanting to protect our wolves continuously remind the public, that the animal is absolutely an endangered species and of no threat to human beings. According to official records wolves have killed people in the 19th century. Ever since there have been no attacks or attempts to harm a human being by wolves. 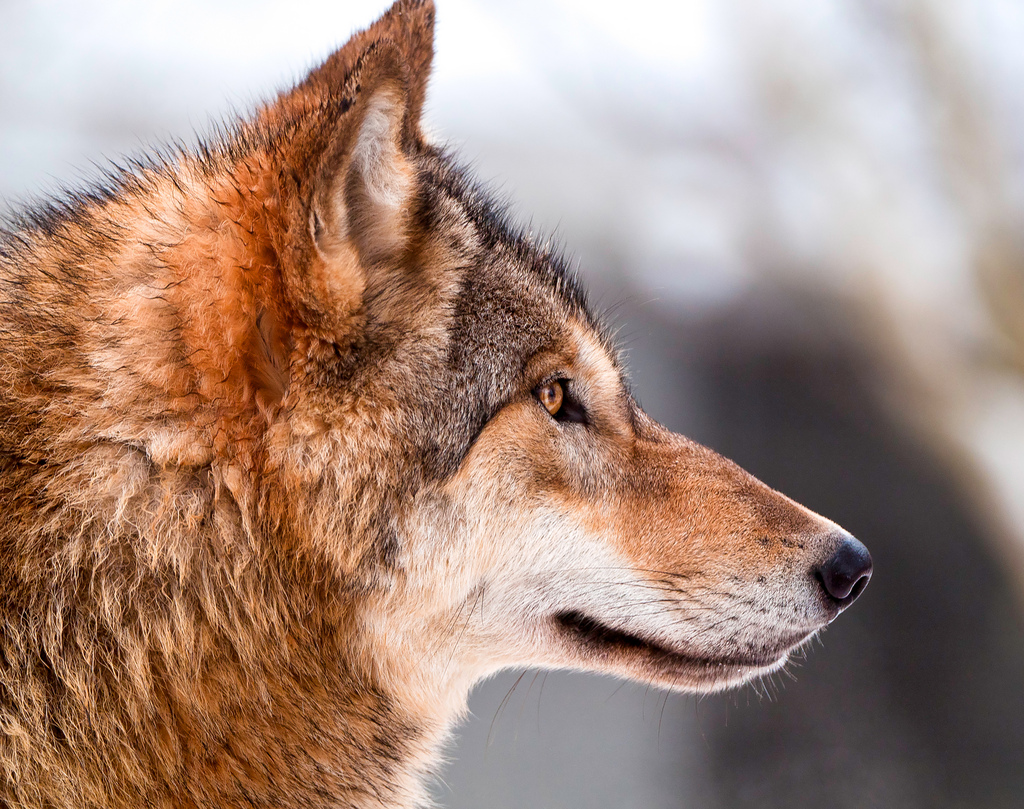 Russian wolves are among the largest subspecies of gray wolf in the world. They occur in North Central Russia and are hunted legally. Their numbers have declined sharply since the early twentieth century due to a combination of federal wolf hunting initiatives and bounties, both of which have been largely discontinued since the fall of the Soviet Union. According to V.V. Kozlov, a researcher in the Oksy Reserve and the Stolby Reserve in the 1950's and 1960's, the USSR destroyed 42,300 wolves in 1945, 62,700 wolves in 1946, 58,700 wolves in 1947, 57,600 in 1948, and 55,300 in 1949.

From 1950 until 1954, an average of 50,000 wolves were killed annually in the USSR. The wolf survived mostly because of the vast amount of territory that was not inhabited by humans. The struggle continued where wolves and humans lived side-by-side. As a result, their numbers have stabilized somewhat. In the whole Russia there are nowadays about 40 000 - 60 000 wolves.